With Paracelsus, Jung held that in human life we possess two sources of Gnosis, or salvific knowledge. One of these is Lumen Dei, the light proceeding from the unmanifest Godhead, the other is Lumen Naturae, the light hidden in matter and the forces of nature. While the Divine Light may be discerned and appreciated in revelation and in the mystery of the Incarnation, the Light of Nature needs to be released through alchemy before it can become fully operative. God redeems humanity, but nature needs to be redeemed by human alchemists, who are able to induce the process of transformation which alone is capable of liberating the light imprisoned in physical creation. The cosmos, according to Paracelsus, contains the divine light or life, but this holy essence is enmeshed in a mechanical trap, presided over by a kind of demiurge, named by Paracelsus Hylaster (from hyle, matter, and astrum, star). The cosmic spider-god has spun a web within which the light, like an insect, is caught, until the alchemical process bursts the web. The web is none other than the consensus reality composed of the four elements of earth [🜃], water [🜄], fire [🜂] and air [🜁], within which all creatures exist. The first operation of alchemy therefore addresses itself to the breaking up (torturing, bleeding, dismembering) of this confining structure and reducing it to a condition of creative chaos (massa confusa, prima materia). From this, in the process of transformation, the true, creative binaries emerge and begin their interaction designed to bring about the coniunctio or alchemical union. In this ultimate union, says Jung, the previously confined light is redeemed and brought to the point of its ultimate and redemptive fulfillment. (Stephan A. Hoeller: C. G. Jung and the Alchemical Renewal.)

15 September 2022
While displacing the limestone I selected to be incinerated and remade, solve et coagula, our attention is drawn to a loud noise coming from the direction of the barn. Three vultures are clambering on the ridge of the roof, their claws scratching the rusted metal surface. A brutal sight, these all-black creatures encroaching on the human domain.

Filled the hollow left by the stone with gravel to preserve its form.

View from the furnace below.

21 October
Today is the day of fire 🜂. I will light the kiln at noon.

Burned the kiln from noon through 11 pm. At first, fuelled by the bamboo, a tar-like substance developed on the surface of the stones inside the kiln (nigredo). Some smoke and fire leaked from the sides, but on the whole the draft was good thanks to a south-westerly breeze.

During the first few hours, loud bangs could be heard from inside the kiln, as (gas inside the) stones presumably expanded and violently shattered. Some fragments were even launched from the top of the kiln (probably less than a meter high). It felt a little dangerous.

The bangs subsided over time, the stones inside becoming red-hot (rubedo). Later in the afternoon, as black smoke was still developing, giving off a smell like burning tar, orange flames appeared from the top of the kiln, adding to the impression of a volcano.

Still later, after sunset (6 pm), having used all off the bamboo and switched to wood, the flames from the top looked hotter, like burning gas but still orange. Blue flame could sometimes be seen projecting from small holes on the side of the kiln. Small fragments of limestone that I scooped out with embers from the furnace had gone through the calcination process already by late afternoon, judging by their reaction with water.

22 October
This morning, after sleep, I returned to the kiln and found it still hot, as expected, but not red-hot. I am grateful that the burn happened without unfortunate accidents.

The stones on the very top are covered in soot but also a peculiar salmon color, which must come from the clay of the walls, since its color is identical (the fired clay inside the kiln is a darker, more brick-red color than the unfired clay on the outside). The stones deeper inside the kiln looks white (albedo) but this is no guarantee for the calcination process to have been completed. I am anxious to find the results in a couple of days, when everything has sufficiently cooled.

View from the furnace below.

24 October
Finished emptying the kiln. Lots of stones, upon breaking, show a grey core, meaning the burning should have gone on longer for complete incineration. Still a good amount of quicklime 🝁 though. I poured some water (maybe 2 gallons) on what looks like 10 to 15 gallons of stone. More water is needed for slaking, but I am considering letting tomorrow's forecast rain do the job gently.

25 October
Waiting for rain for most of the day, I finally decided to take matters into my own hands and started adding water 🜄. Added roughly 10 gallons gradually over several hours, stirring through the white mass with a shovel and fishing out chunks of uncalcinated limestone. After 4 pm drops started falling, so we abandoned the work site to let the rain do the last bit of hydration. Hopefully tomorrow the slurry will be of a good viscosity to fill the mold. The sensation of slaking the lime (pouring water on it, stirring with the shovel, picking out rocks) is marked by steam, heat and a peculiar smell which is not unpleasant and somehow familiar (curing plaster?). The metal tub feels hot to the touch. Stirring the thick mass, pockets of dry powder are exposed, sometimes sending up clouds of lime dust we try not to inhale.

26 October
Went to see the lime mass this morning around 8. Chilly and overcast. Today will be the day for casting. Spent about an hour stirring the white mass, added some water (1/2 gal) and picked out a few remaining rocks. It looks like vanilla ice cream now which is good. Having worked without gloves, my hands feel quite dry.

Today's casting went well, beyond expectation. The lime slurry had the right viscosity and color and the shape of the mold had stayed intact thanks to the placeholder gravel. On the spur of the moment I decided to finalise the work by inscribing the symbol for Salt with the trowel. 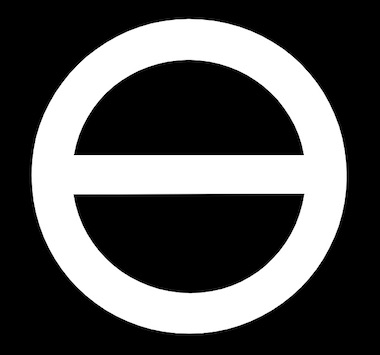 24 September
This afternoon in the blazing heat I worked on the kiln. I had tied my shirt around my head like a kind of turban for protection against the sun. During the archaic work of stacking the stones, forming something like a mini-tower of Jericho, I had a peculiar sense of reliving Biblical times.

26 September
The miracle of transubstantiation is performed in the kiln, where raw limestone is brought to high temperature, carbon is shedded and a purified substance with new properties emerges (quicklime 🝁). Archeological findings show that knowledge of the lime cycle was present in prehistoric times, even before agriculture had fully developed. The similarity of the barrel-shaped turret of a kiln to the neolithic tower at Jericho is obvious. Which came first, the kiln or the tower? [Wikipedia: The Tower of Jericho is an 8.5-metre-tall (28 ft) stone structure, built in the Pre-Pottery Neolithic A period around 8000 BCE. It is considered the world's first stone building, and possibly the world's first work of monumental architecture. The tower was constructed using undressed stones, with an internal staircase of twenty-two steps. Conical in shape, the tower is almost 9 metres (30 ft) in diameter at the base, decreasing to 7 metres (23 ft) at the top with walls approximately 1.5 metres (4.9 ft) thick.]

29 September
After some dry and sunny days, the clay on the inside of the kiln has dried out in the upper half, but is still wet in the lower, more shady half. I want to wait with applying more clay until all has dried and the cracks have acquired their maximum width.

The black of earth 🜃 has been transmuted in these vultures sailing through the valley. On a sunny and breezy afternoon, they are in their element.

2 October
Still sunny and breezy. The clay is almost dry.

10 October
Yesterday afternoon, while working on the kiln, I was delighted by the realisation of how much solar heat the stones had soaked up. I am thinking now that lighting the kiln is best done in the afternoon, when it is already warmed by the sun, and an upward draft 🜁 is already established.

For plugging up holes on the outside of the kiln I am using clay with a considerable amount (maybe 50%) of aggregate mixed in, mainly consisting of small stones I sifted from the fine clay. Even working just with the clay, alchemical motifs come to the fore. The clay is first separated in a fine red component and a coarse white component (the stones), then recombined in a substance with new properties (it is now malleable).

18 October
After the first frosty night, it is windy, chilly, partly sunny. Chopping up the pile of weathered bamboo I intend to start the fire with, I was reminded of my early work with bamboo. It was firewood all along. [During art school critique (probably 2003), one tutor remarked, about the bamboo installation I was planning, that it reminded him of the stakes fishermen use to secure fish-traps. It proved to be an important insight for me. Artists sometimes emulate, consciously or unconsciously, the devices of half-forgotten trades.]